Nixon’s legacy: After him, Republicans en masse quit on democracy

Fifty years after the break-in some Watergate ideas emerge.

Among the main ones, in my view, are that the failure to prosecute Nixon and the Ford pardon of him did great damage to democracy in America. Republican presidents after Nixon stretched or broke the law or lied, certain they were taking little risk, for if he wasn’t prosecuted, why would they be? Such behavior was bipartisan among presidents before Nixon, as in Lyndon Johnson’s lying about the Vietnam war. But with Nixon and afterward it no longer made sense to think of the two political parties as equal or nearly equal in lying, deceit, cheating, and criminality. Republicans do it all the time; it is their mark, a distinguishing feature. 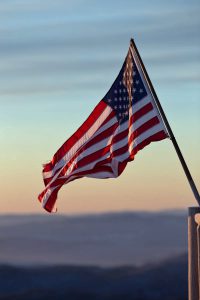 In the next couple of weeks I will be writing about this flight from democracy and other Watergate legacies.

Some Republican presidents’ activities, such as Ronald Reagan’s Iran-Contra scandal, were so repugnant or illegal that they had to be done in secret; when discovered, the response was a cover-up. Eventually the move away from democracy led to Donald Trump, with Republicans in all sectors of government taking part. Obstruction, manipulation of public opinion, outlandish court decisions, twisted media coverage by Fox News and copy-cat media outlets, secret funding and other support from the far-right segment of the ultra-rich were frequent tools. Those, and racist appeals from dog whistles to loud shrieks, along with measures to block Blacks from voting.

In the Executive branch, attorneys general became presidents’ personal lawyers and fixers. One example is William Barr, Trump’s third and longest-lasting attorney general, whose conduct was so deceitful and dishonest that in 2020 twenty-seven members of the District of Columbia bar association, including four past presidents of the group, sought his disbarment.

In the Supreme Court, justices became an arm of the party, even intervening to stop a vote recount and appoint a Republican president in a close election, a stunning political coup. They issued rulings to suppress the vote for Democrats in every region and ended curbs on corporate and secret campaign contributions. Republican presidents nominated only reliable functionaries to the court, such as Brett Kavanaugh, Neil Gorsuch and Amy Coney Barrett, the three appointed by Trump.

When Senate majority leader Mitch McConnell rushed Barrett’s nomination through at the end of Trump’s term in office, many observers said democracy in America was threatened. The outcry became shrill, even panicky, with Trump’s defiant attempts to stay in office after losing the 2020 election and the help he got from so many party leaders in Washington and across the country. The riot at the Capitol on January 6, 2021, may have been an outpouring of emotion for many who took part but for some the violence and the failure to stop it for hours were part of a plot to block Joseph Biden from taking office.

The storming of the Capitol was devised and egged on by Trump and some close to him, and a majority of Republican House members and eight Republican senators abetted him. Some said it was the greatest assault on democracy in America since the Civil War. But disregard for democracy was a dominant feature of the Republican party long before the Capitol riot. Over the years, GOP leaders morphed in to racist, authoritarian, right-wing extremists who showed no interest in dealing with world or national problems such as climate change, education, housing, poverty, the Covid 19 pandemic, or any of the matters governments are expected to handle.

Oddities in the American political system – the electoral college, gerrymandering, use of the filibuster – made it possible for Republicans to hold much more power than a minority their size might expect. According to the Gallup poll, in the spring of 2021 self-identified Republicans made up about twenty-five percent of the electorate nationally; independents who lean Republican about fifteen percent. Thus, Democrats in the U.S. Senate represented forty million or more people than did Republicans. But due to the electoral college system, the Senate was split evenly, fifty Republicans and fifty Democrats (including two independents who caucused with the Democrats).

In state legislatures, gerrymandering had a similar effect. For example, in North Carolina in 2018, Democrats running for the state legislature won a majority of the vote – but Republicans nevertheless got fifty-four percent of the seats in the House and fifty-eight percent in the Senate. The story was the same in almost every state where Republicans controlled the legislature. And after the 2020 election Republicans upped the ante, so that by October 2021 they had enacted new voter suppression legislation in nineteen states, according to the Brennan Center in New York City.

In the spring of 2020 when I began thinking about the fiftieth anniversary of the break-in, it was with the concern that democracy was being stolen with hardly anyone noticing. But as I write today, the decline or loss of democracy in America is truly a major, widespread concern – for some on a level with climate change as a destructive, perhaps unstoppable force. In upcoming Watergate at 50 pieces I look into how we got here.

Next: Nixon was almost prosecuted. Jaworski blocked it. A costly mistake.

(4) awesome folk have had something to say...